“Community engagement is an essential ingredient in wildlife and natural conservation,” says Kristen Conway-Gómez, a geographer and conservationist at California StatePolytechnic University, Pomona, who did not participate in the research.  “We can’t achieve [the same amount of] conservation without including local stakeholders.”

Freshwater turtles of the Brazilian Amazon have long been sustainably harvested by indigenous peoples and remain a crucial aspect of traditional cultures. But the arrival of European settlers marked a turning point for these river populations, and foreign commercialization of the turtle trade quickly began to take its toll on local wildlife. During the Amazon rubber boom that began in the late 19th century, European colonists ravaged riverside habitats for natural resources, decimating fragile populations of turtles that once thrived in the waters. New legislation enacted by the Brazilian government, beginning in 1967, did little to curb poaching efforts. By the 1980s, P. expansa had found itself on the endangered species list.

“These river systems in the Amazon today are a pale shadow of what they were 150 years ago,” explains study author Carlos Peres, a conservation ecologist at the University of East Anglia in the United Kingdom. “P. expansa’s original habitat range has been contracted to perhaps 2 percent of what it used to be.” 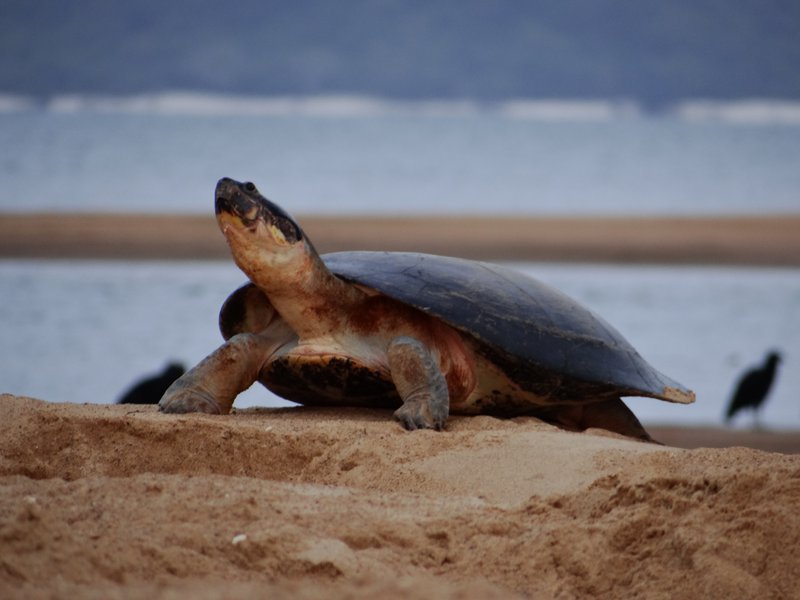