The election of Donald Trump marked a period of intense anti-immigrant nationalism and rising populism in the U.S. From promises to "build the wall" to verbal attacks on Mexican immigrants, Trump's presidential campaign mobilized widespread racial anxieties and xenophobia. Similarly, anti-immigrant sentiment has surged across Europe in countries like the Czech Republic, Denmark, Hungary, Austria, and Germany. These developments have signaled a dramatic shift toward populist movements, exclusionary politics, and virulent nationalism. More recently, however, anti-immigrant sentiment has surfaced in unexpected places, outside the conventional contexts of Europe and the U.S. In southern Mexico, a rural politician described as the "Oaxacan Trump" has touched off an aggressive campaign against Central American migrants, garnering popular support for the closure of a local migrant shelter. These tendencies, confirmed by my recent fieldwork in the area, draw attention to the significance of anti-immigrant sentiment and rising populism in Latin America, where conflicts over national identity, territory, and immigration are playing out. 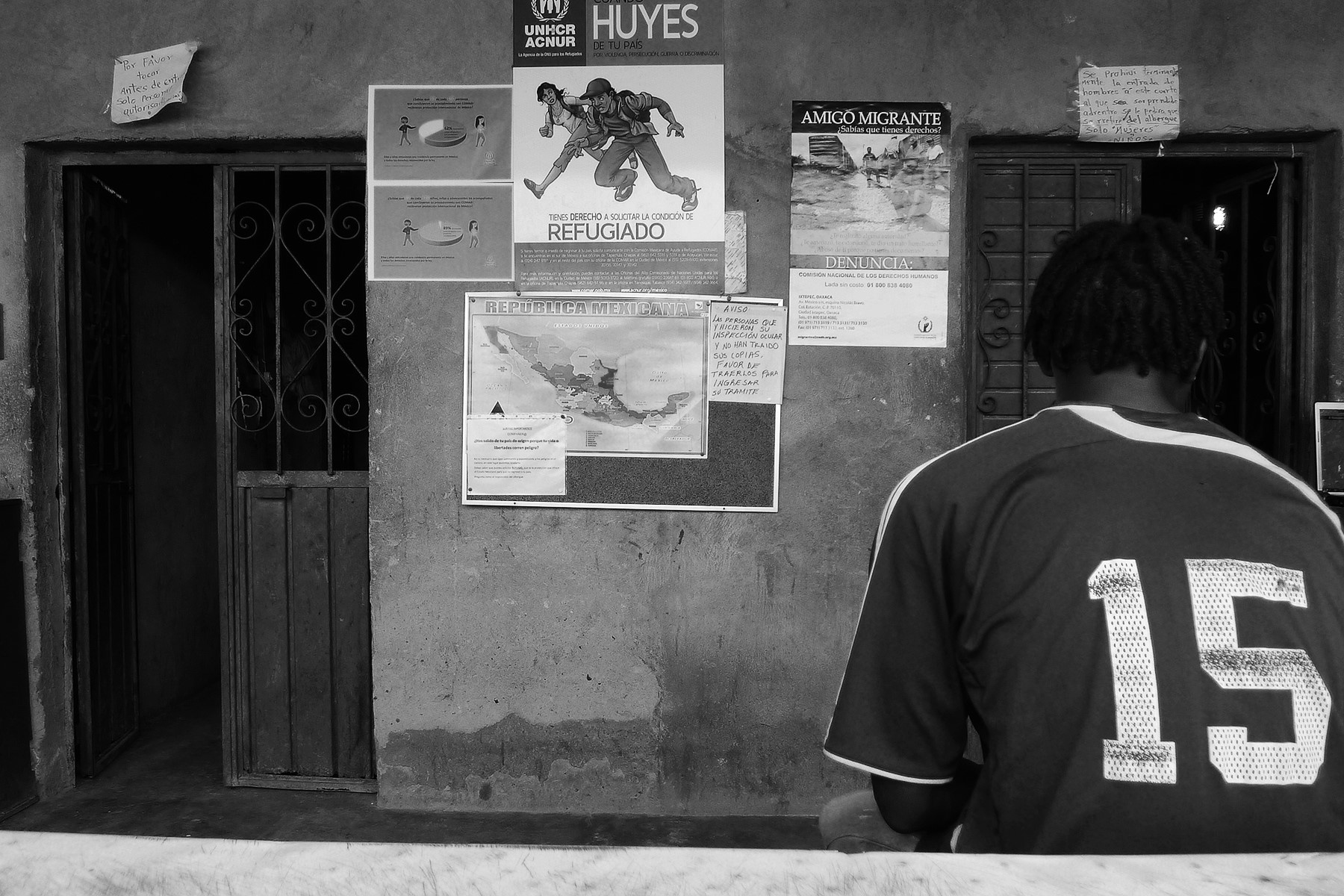 A migrant shelter in Oaxaca, Mexico. Photograph by author.

In the 2010s, Mexico has again become a place of transit for Central American migrants. While rates of migration from Mexico have fallen to historic lows, outmigration from Central America—prompted by civil unrest, gang violence, and economic insecurity—has risen to unprecedented highs (Massey et al. 2014). El Salvador, Guatemala, and Honduras now represent the leading source of unauthorized migration to the U.S., outpacing any other world region (Chishti and Hipsman 2016). With such high rates of migration northward, the area extending from Central America to the U.S.-Mexico border has become a contiguous "migration region" (Jonas and Rodríguez 2014), where Central American migrants traverse Mexico to reach the U.S.

To curtail this migratory shift, Mexico—with support from the U.S.—has implemented extensive security measures and aggressive immigration enforcement (see Miller 2014). Accordingly, migrants travelling across Mexico have turned to clandestine, often dangerous, journeys to reach the U.S., stopping off in migrant shelters for respite and safety along the way. Scattered throughout urban centers and rural areas across Mexico, shelters provide humanitarian assistance such as food, water, and medical attention, as well as legal aid and counsel. While some migrants stay for days and weeks, others remain in these shelters for months and sometimes years. Shelters, therefore, have become key points of transit and support along Central Americans' migratory routes, transforming Mexican cities and towns into strategic sites of encounter and assistance (Basok et al. 2015).

In the southern Mexican state of Oaxaca, these developments have sparked recent conflicts over national identity, territory, and immigration. Drawing on populist support and anxieties over migration from Central America, the mayor of Chahuites has forced the closure and relocation of a local migrant shelter. Nicknamed the "Oaxacan Trump" by immigration activists (Rasgado 2017), Leobardo Ramos mobilized an aggressive campaign against Central American migrants. Galvanizing local anti-immigrant sentiment, the mayor described migrants as "troublemakers" and "unruly," linking an increase in municipal crime to the presence of Central American migrants in the local shelter (Rasgado 2017). A majority of residents supported Ramos' view that migrants caused significant "problems for the population" (Tourliere 2017). Eventually, the town eliminated the shelter in July 2017. Soon after its closure, nearby municipalities rejected a proposed relocation of the shelter. Now, migrants must walk over 100 miles to reach the nearest shelter, located along a stretch known to migrants as "the gateway to Hell."

Working in the shelter in the months before its closure, I witnessed the hostility and discrimination directed at Central American migrants who were often labelled as criminals and delinquents by townspeople. In my interviews with residents, they voiced concerns over the recent increase in migration from Central America, suggesting that it was a pressing issue for people in town. Anti-immigrant sentiment was a constant, as migrants experienced everyday harassment, intimidation, and other types of violence. Such discrimination is not new. Racism and xenophobia toward Central Americans has long existed in parts of Mexico, and the emergence of the Oaxacan Trump is just the most recent and visible example of these pervasive attitudes.

These events in southern Mexico call attention to the rise of anti-immigrant politics and populism in Latin America. From Argentina's Trump-esque immigration order (see Romero and Politi 2017) to anti-refugee protests in Brazil (see Langlois 2017), anti-immigrant sentiment has taken hold in the region. Geographers of Latin America are particularly well-positioned to examine these dynamics, which are grounded in racial anxieties, xenophobia, and national hysteria. As Finn and Hanson (2017) highlighted, scholars must attend to the various entanglements of power that provoke violence and inequality throughout the region. The implications of anti-immigrant sentiment and rising populism in Latin America are not yet entirely clear, however, for geographers interested in challenging understandings of immigration and citizenship in the Trump era (Finn 2017), these conflicts over national identity, territory, and immigration will continue to have disproportional impacts on the region's most vulnerable.