Zika Anxieties and a Role for Geography (March 2016) 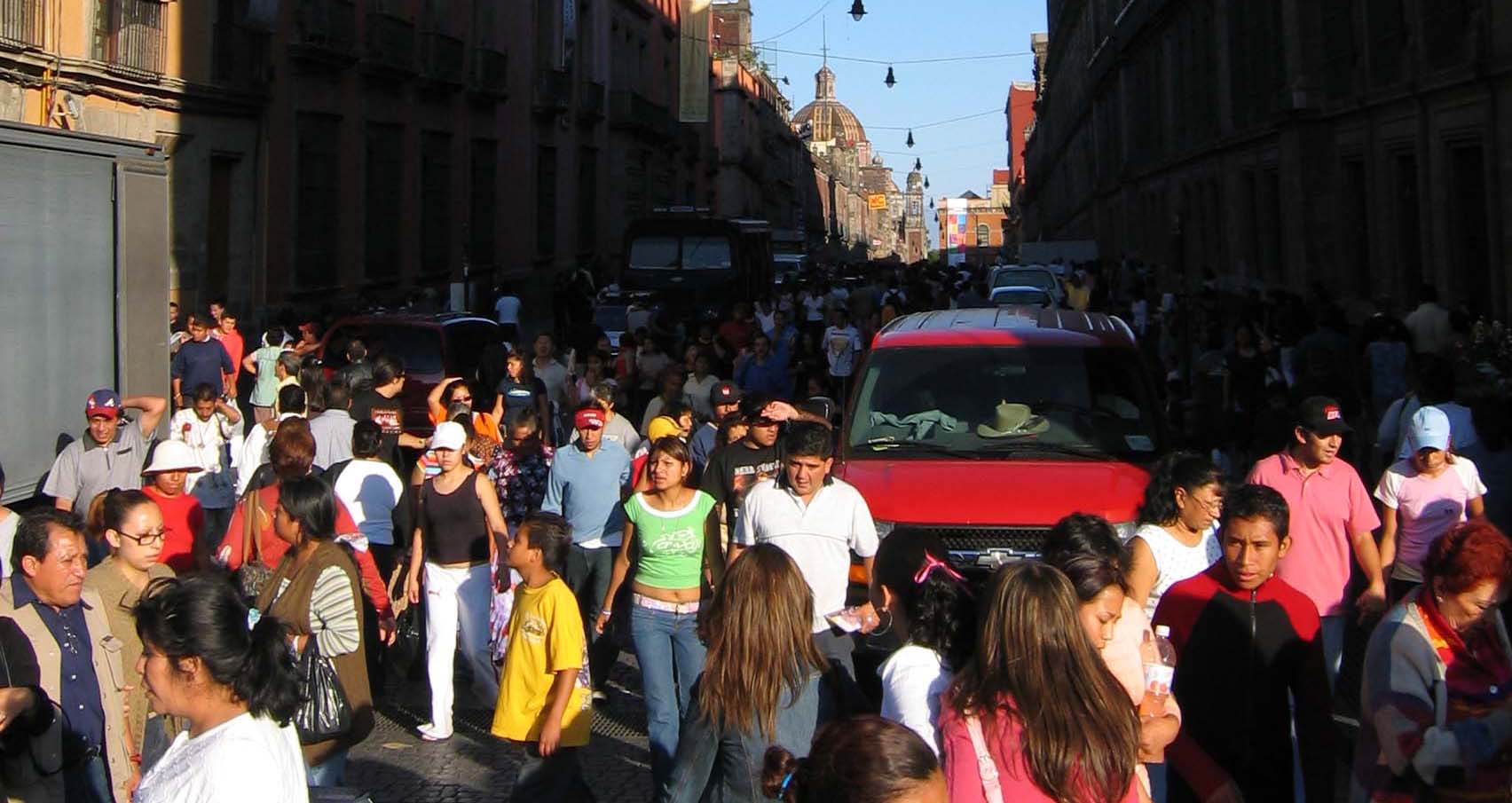 The Zika virus epidemic in the Americas persists, with no signs of waning. Every day, fresh details emerge about its pathology and transmission: possible links between Zika infection and microcephaly in newborn babies and a rare nervous system disorder, Guillain-Barré Syndrome, along with evidence that the virus can be spread through sexual contact, not just a mosquito's bite. In Brazil—so far the country most impacted by the epidemic—rumors about the causes of Zika spread quickly through social media (and old-fashioned word-of-mouth), threatening well-intentioned efforts to control the disease, which are considered crucial to the country's preparation for the 2016 Rio Olympics. Meanwhile, the North American media and general public react with alarm, advancing their own theories about the roots of Zika.

Several narratives have emerged about the origins of the Zika epidemic in Latin America, and how to control it. These stories reflect anxieties about population growth, environmental change, globalization, and poverty. Most Latin Americanist geographers are not public health experts; however, as regional specialists with an interest in human-environment relations, we can help shape these narratives, to make them more accurate, complete, and just.

One type of narrative, the neo-Malthusian one, should be quite familiar to geographers. Readers' comments on Zika stories in the online version of the New York Times (on January 28 and February 1, 2016) reveal the surprising persistence of the overpopulation narrative to explain environmental and public health calamities in the "developing world." As one reader put it, bluntly: "Too many people. One of the main purposes of viruses, parasites, bacteria and micro pathogens is to control animal populations and maintain homeostasis. This is not a deliberate mission it is just the way the natural order works. Our human population is way too large for the planet so it will be reduced." Due particularly to the presumed link between Zika and microcephaly, calls for increased access to birth control and abortion in Latin American countries, not just for the sake of short-term risk reduction in the face of Zika, but also long-term population control, have abounded in recent months.

Such arguments reflect outdated fears of Latin America as ground zero for a Malthusian "population bomb." Regional population growth is low, because—whatever the Pope and the Catholic Church have to say about it—contraceptive use is now widely practiced in Brazil and across Latin America. In fact, Brazil has a lower fertility rate than that of the United States, less than two children per woman of child-bearing age, below the natural replacement rate. Unfortunately, there is a shadowy history of North American obsessions with "Latin" fertility and control of Latina women's bodies, from the eugenics movement of the early 1900s, to the neo-Malthusianism of the 1960s, to forced sterilization of Hispanic women in Los Angeles in the 1970s, as recently revealed by the documentary "No Más Bebés". With breakneck speed and in blatant disregard of demographic realities, Zika has been appropriated to support these old anxieties about overpopulation, echoed in aggressive anti-immigrant rhetoric of the US presidential campaign in 2016.

Somewhat more convincingly, Zika has also been incorporated quickly into narratives of global climate change impacts. For decades, it has been widely reported that rising temperatures and longer warm seasons will probably increase the reproductive rate for disease vectors and parasites, extend the season of disease transmission in temperate climates, and expand the range of "tropical" diseases. This explanation is compelling, especially when you consider the Aedes aegypti mosquito carries other viruses, such as dengue and chikungunya. Overshadowed by news of Zika, Argentina and Brazil are experiencing their worst epidemics of dengue in years (and dengue is more deadly than Zika). Climate change will undoubtedly exacerbate vector-borne disease problems in Latin America, and make it harder to prevent diseases like Zika or dengue from establishing a permanent foothold in the United States.

But, it's also important to recognize that epidemics of vector-borne diseases like yellow fever and malaria have been a leitmotif of Latin American history, from colonial times well into the twentieth century, under highly variable climate conditions. In the current news cycle, it's easy to forget that with the help of insecticides like DDT, Aedes aegypti was nearly eradicated from the Western hemisphere by the 1970s (the USA was one of the few countries that failed to eradicate the mosquito). The resurgence of Aedes aegpyti is more a result of political failings, not a direct function of rising global temperatures. But there is another side to that coin, with an optimistic face: political commitments to disease control can make a difference, even in a period of accelerating climate change impacts. Since the year 2000, worldwide malaria mortality has been reduced by about 60 percent, thanks to concerted efforts at vector control, more effective drugs, improved delivery of urgent medical care, and rising standards of living in some malaria-endemic countries, particularly in sub-Saharan Africa.

Another Zika narrative expands on the connection between underdevelopment and disease, with urban poverty framed as the underlying cause of the Zika outbreak. In this view, in the favelas of Rio, Recife, and other Brazilian cities, Zika takes hold where the urban poor live in squalid conditions that make them vulnerable to many infectious and vector-borne diseases, whether tuberculosis, HIV/AIDS, or dengue fever.

But poverty, in itself, is insufficient to explain the emergence of Zika in a country like Brazil where even within favelas, modernity, comfort, squalor, and vulnerability mix together in complicated ways. The inability of poor communities to access secure infrastructure and to protect and enhance public goods, not income poverty per se, is what creates perfect conditions for the proliferation of the Aedes aegypti mosquito. This notoriously fast-breeding species flourishes in the ubiquitous detritus of modern urban life: automobile tires, plastic containers, bottle caps, rooftops, stagnant pools of any kind. Aedes thrives in colonias, favelas, and villas where municipal garbage collection is irregular and environmental conditions are precarious.  Due to unreliable and intermittent water supplies, it is customary to fill large barrels with water for household use—again, perfect sites for Aedes aegypti breeding.

Such precarious conditions might exist alongside many of the comforts of domestic life, such as refrigerators, stoves, and televisions. But freedom from vector-borne disease transmission—along with sanitation, sewage, and clean air and water—are all public goods, not private commodities. Aedes aegypti mosquitoes may not range very widely, but they transgress the boundaries between public and private, indoor and outdoor, water and air. Individual actions, such as applying insect repellent or screening windows, can do little to stave off mosquito bites (and viral infection), if the entire community is infested with mosquitoes.

For all of these reasons, governments must take a leading role in vector control, with community involvement. While population health indicators are actually quite good for most of Latin America (the infant mortality rate in Brazil declined by 50 percent from 1990 to 2006) and many national health systems are robust and responsive, infectious disease control is notoriously uneven and underfunded. In Brazil, the government response has been criticized, perhaps deservedly so, as official indifference and political machinations in the Ministry of Health may have undermined efforts to control the epidemic in its early stages.

To be clear, geographers will not play a prominent role in fighting the Zika epidemic. Many of the unanswered questions about Zika will be settled with tools of epidemiology and microbiology, and disease control efforts will be targeted and technology-driven, surely failing to address the "root causes" of Zika suggested in these competing narratives. Poverty will persist even if Zika becomes a memory. However, the Zika phenomenon interacts with many issues that geographers are used to dealing with: population dynamics, environmental change, urban poverty, public space, global geopolitics, development policy, and migration patterns to name a few. As one Brazilian public health journal puts it, Zika is "much more than a mosquito." And perhaps because we are so deeply versed and immersed in Latin America, it is easy for us to ignore the wide gaps in the public's knowledge about the region, from basic geographical facts to understanding the structural conditions that underlie current events. In the end, our contributions to original scientific research on Zika virus may be scant, but there is also great value in providing the historical and geographical context necessary to make sense of the epidemic, as well as critical stances on what should be done about it.